Day 2 back on the Isle of Wight: after breakfast I drove to the chalk downs above Mottistone to meet up with an old (young) friend, George Greiff. Over the last few years George has been exploring the Bryophyte world of mosses & liverworts on the Island. 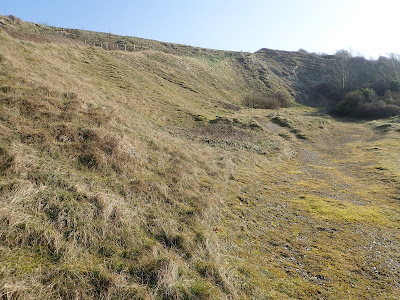 We spent most of our time exploring this chalk pit. 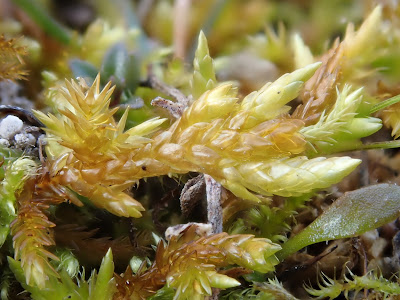 Entodon concinnis: This is quite a scarce species and, in this habitat, it was doing exactly what the book says, being ‘most often encountered as scattered shoots several centimetres long.’ Other mosses included the tiny – and special – Pottiopsis caespitosa, and Fissidens dubius. 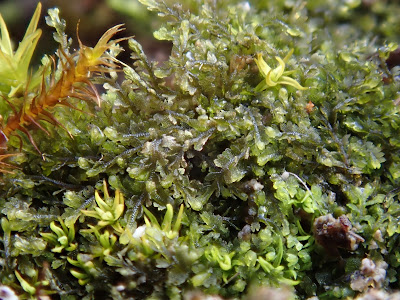 My favourite Liverwort of the day was the chalk specialist, Leiocolea turbinata. 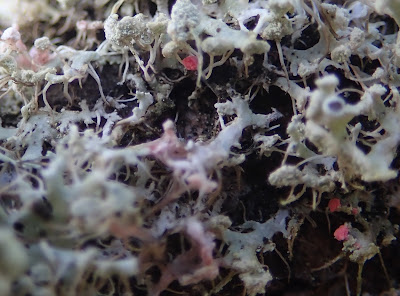 The real highlight of the day was the discovery of 6 lichenicolous fungi, that is, fungi that are parasitic on lichens. This is not a great photo but illustrates 2 species on the lichen, Physcia tenella. The small pink balls on the right are Illosporiopsis christiansenii and the pinkish colouring on the left is caused by Laetisaria lichenicola. 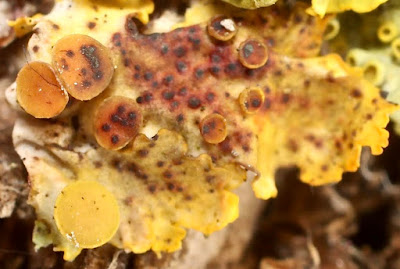 We found several species on Xanthoria parietina. This is Alan Outen's photo of the lobe I brought back with Didymocyrtis slaptoniensis. We also found Opegrapha physciaria on some lobes....which George found new to the Isle of Wight just a few days previously! We also found the more common Xanthoricola physciae discolouring the ‘jam tart’ fruits of the same lichen species. 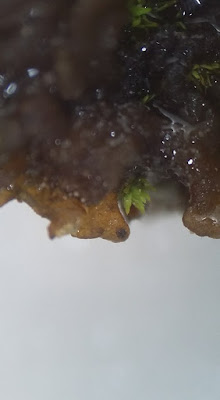 George found this interesting-looking dark fungus on some Collema auriforme and took it home to have a look at it under the compound microscope. [George’s photo] 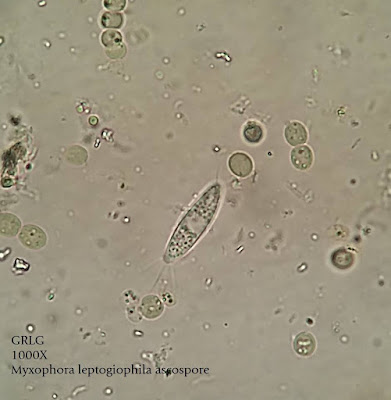 This is George’s photo of one of the spores which has a fascinating structure with 3 long spikes protruding from each end.
After seeking the help of a European expert the species was confirmed as Myxophora leptogiophila which has been found in Scotland but not previously confirmed in England as far as we are aware.

Thanks so much to George for a great morning! 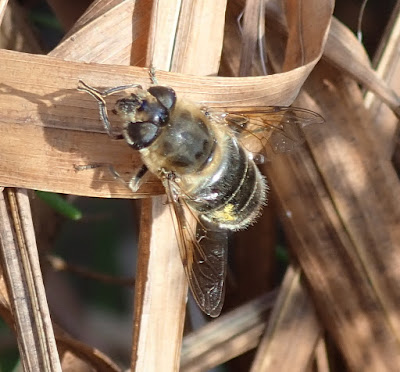 After saying goodbye to George I drove to Freshwater Bay to view a photo exhibition at Dimbola Lodge. Coming out the sun was shining and so I looked for – and found – my first hoverfly of the year: a female Eristalis tenax. 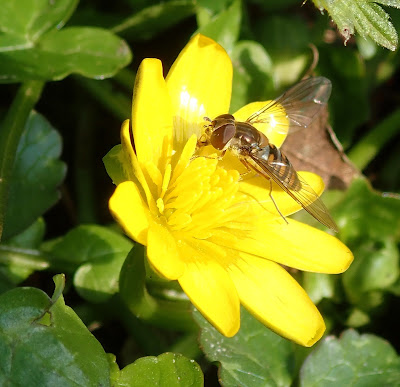 Inspired by this I made my way down the road to Afton Marsh, my favourite hoverfly-hunting spot over several years. Sure enough: species no.2, one of several Episyrphus balteatus hoverflies. My 2018 hoverfly season is underway at last!!
Posted by Steve Plummer at 11:02 PM