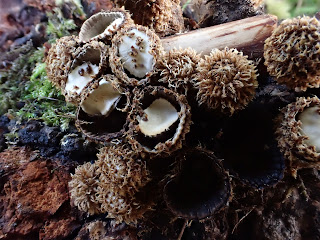 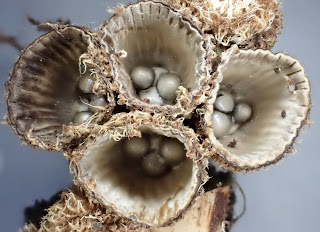 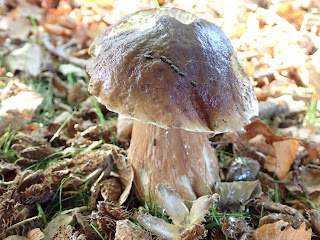 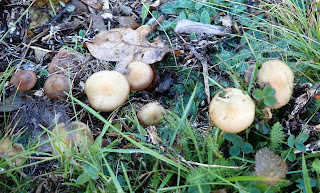 Marasmiellus/Gymnopus villosipes - found here and at a few other sites new to the UK a few years ago. 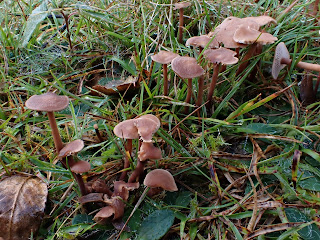 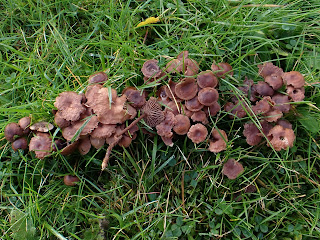 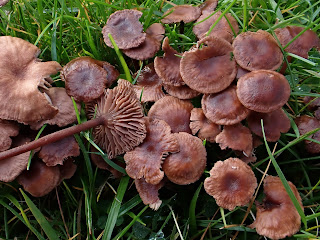 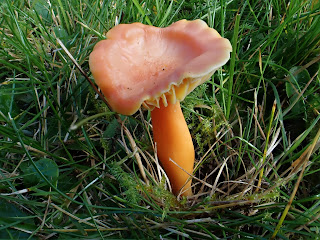 Mycena aetites (Drab Bonnet) - a Mycena sp. found in grassland and smelling of bleach. And, for the record, I think that it's actually pretty smart! 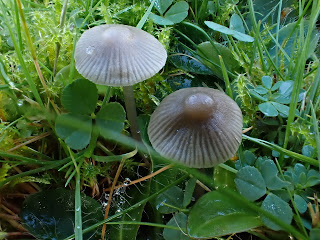 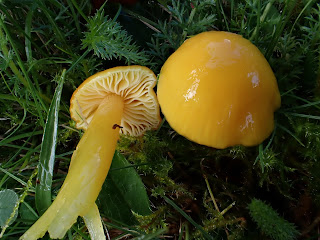 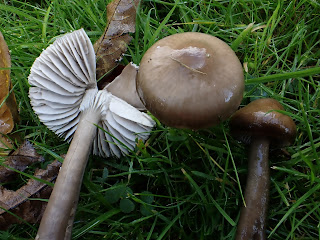 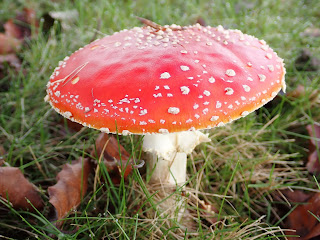 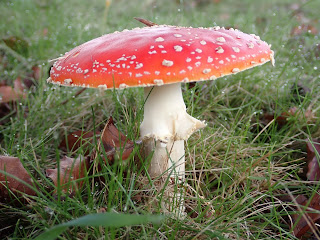 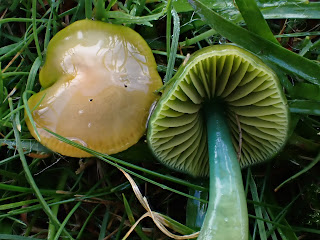 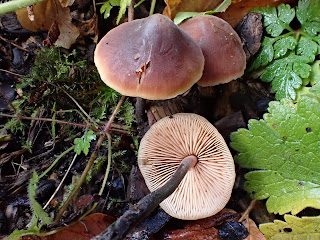 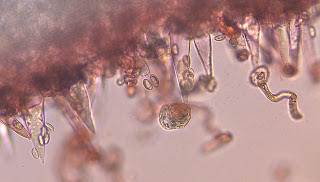 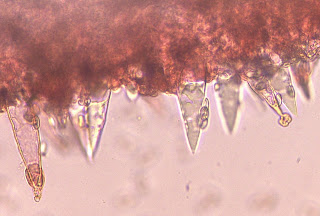 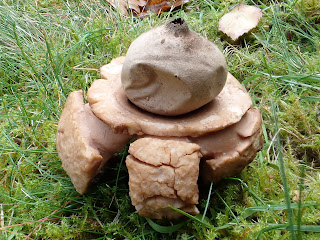 We wandered into the churchyard next door where Penny had found a number of interesting fungi in the past. I spotted a small coral fungus poking up between the grass blades and passed it on to Penny to examine later. It's a shame that I didn't get a photo of it as it turned out to be the rare Ramariopsis tenuiramosa, the second Bucks record following the discovery of the Type species by the notable E.H. Corner back in September 1924 at High Wycombe.
This is the Waxcap that Penny had been hoping to find - a species that may be new to the UK, probably Gliophorus sciophanus or G. europerplexus. 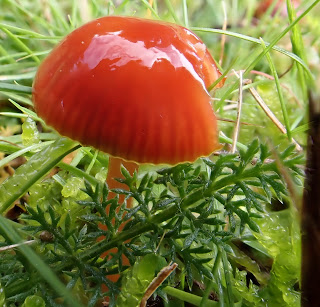 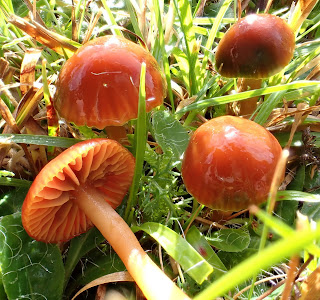 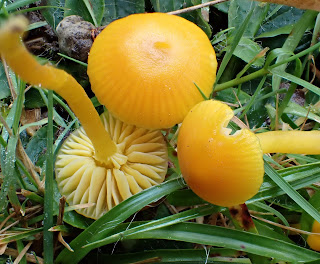 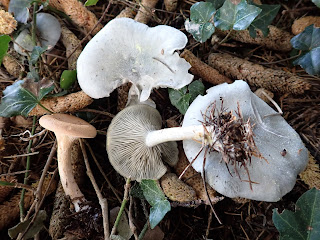 Agaricus impudicus (Tufted Wood Mushroom) - found as we walked back to the cars. 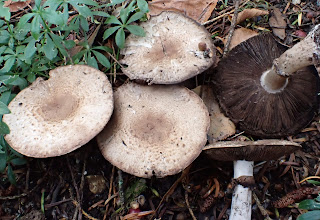 Posted by Steve Plummer at 9:43 AM