A few photos from out and about the last few days.... 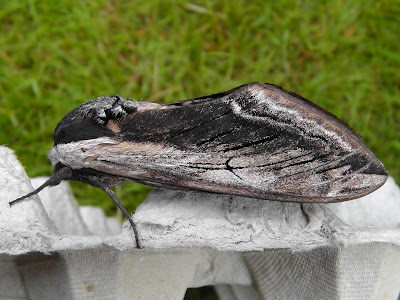 Yesterday morning I was up bright and early at 5.30am and in the garden checking the moth trap. I was really encouraged to find this Privet Hawk Moth....our most humungous resident moth! Its latin name is Sphinx ligustri. Ligustri refers to privet, one of its foodplants, but I've not been able to find out why Sphinx is used - any thoughts? 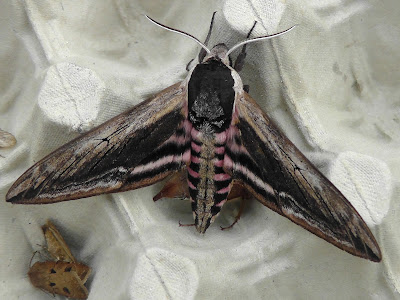 When I handled it, it spread its wings revealing those dramatic pink & black bars on the hindwing and abdomen. I was listening out for the hissing noise that males will also make when disturbed but this one was quiet. The sound is made by rubbing together spines and scales at the end of the tail. 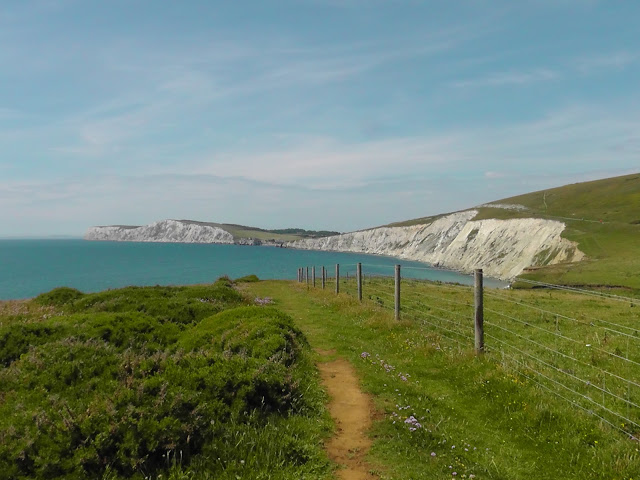 And, away from the garden, I'm so fortunate in having this countryside just down the road!! 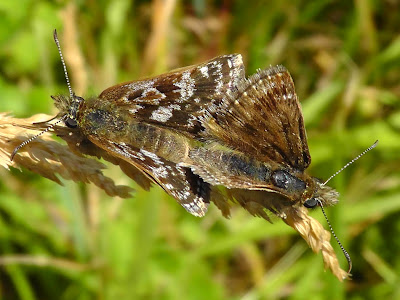 This late pair of Dingy Skippers were making the most of the end of their season. With the weather having been so bad we may not see any for another year now, though a number will turn up in August when the weather is more favourable. 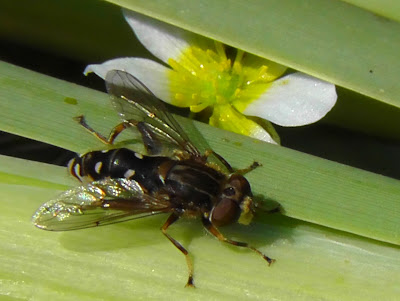 But this small Hoverfly was the star of the day. It's a female Anasimyia contracta which has a particular liking for ponds. This one was on the fringes of a pond on the undercliff at Compton Bay. I think I'm correct in saying that this species hasn't been recorded on the Isle of Wight for over 25 years, so it made my day!
Posted by Steve Plummer at 4:39 PM